From our Reading Room 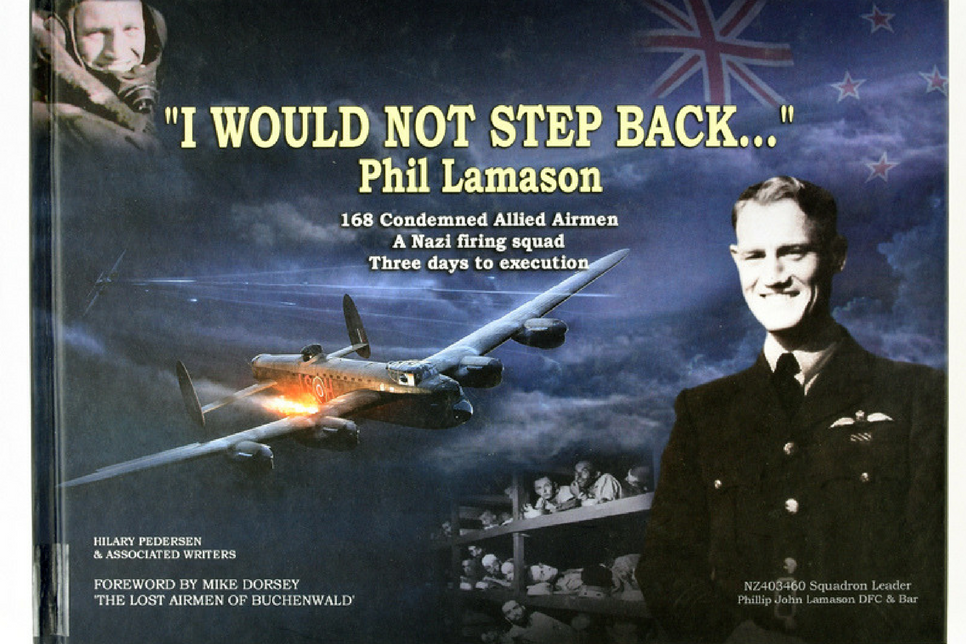 “I Would Not Step Back…” by Hilary Pedersen et al., Phil Lamason Heritage Centre Trust (Dannevirke) 2017.

‘The wagon was jammed with 96 men, a number which,  in the height of summer, and the only ventilation about a 2sq foot window, appeared disastrous. But I managed to exert some authority, and like a chess board I rotated people so all could be near the window for a spell...’ [1]

This was how Napier-born bomber pilot Phil Lamason described the filthy, overcrowded journey to Buchenwald in 1944. Above is the first of many actions he took to protect the lives of the other captured 167 Allied airmen while illegally imprisoned for two months inside the infamous Nazi concentration camp. 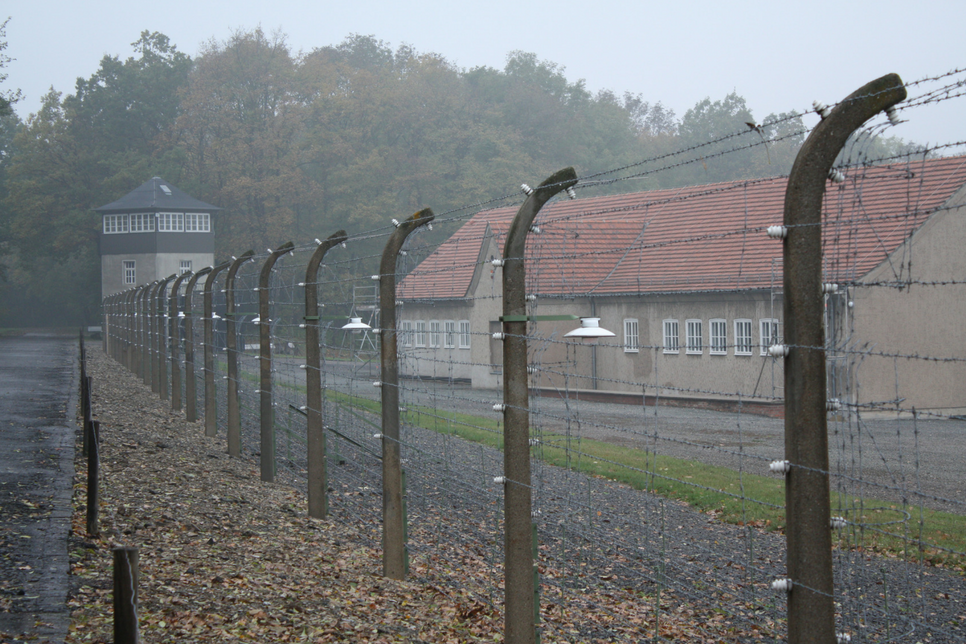 Among other publications, the imprisonment of 168 Allied airmen in “Koncentration Lager Buchenwald” was recounted in Colin Burgess’s 1995 book Destination: Buchenwald [2] and more recently, in the documentary film “Lost Airmen of Buchenwald”. [3] “I Would Not Step Back” tells the story of their heroic commanding officer, Squadron Leader Phillip John Lamason.

Published in 2017 by the Phil Lamason Heritage Centre Trust , Lamason’s biography is lavishly illustrated with original photographs and artwork by digital illustrator Piotr Forkasiewicz . The book draws on numerous sources to narrate Lamason’s life story, forming a detailed account of his family upbringing in New Zealand and most dramatically, his Second World War and Holocaust experience. 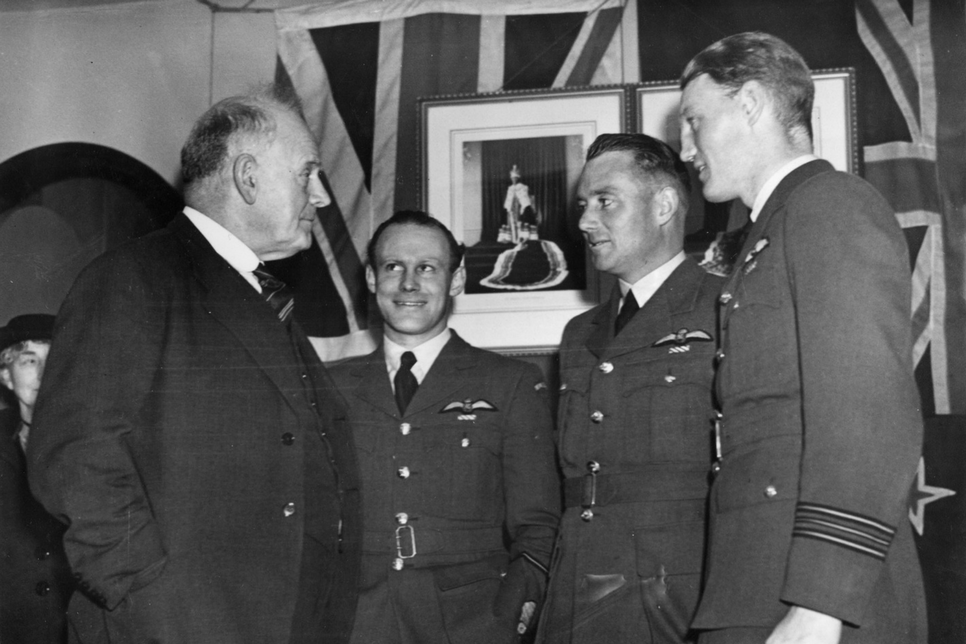 Lamason volunteered for the RNZAF at the outbreak of war. His personal qualities and leadership potential were noted early in his training, and he was sent to join RAF Bomber Command in England in 1941.

A skilled pilot of heavy bomber aircraft, Lamason completed 44 missions over enemy-held territory. He was awarded the Distinguished Flying Cross and Bar, his DFC was awarded in 1942 for his ‘fine airmanship and great devotion to duty’. [4]

Two years later, and now serving as Flight Commander on No. 15 Squadron RAF, Lamason’s Lancaster bomber was shot down by a German night-fighter during a raid on railway marshalling yards near Paris on 8 June 1944. [5]

Pages 104-105 from “I Would Not Step Back…” featuring “Into Darkness” artwork by Piotr Forkasiewicz.

25 year old Lamason and four of his seven crew survived the crash. With help from the French Resistance, he avoided capture for seven weeks before he was betrayed by a double agent. Lamason was captured by the Gestapo, and interrogated at Fresnes prison in Paris.

Lamason expected to be sent to a German prisoner of war camp. But alongside 167 other Allied airmen falsely accused of being ‘terrorists and saboteurs’, he was sent to Buchenwald, one of Hitler’s largest extermination camps.

Lamason quickly realised that if they were to survive, the airmen would need to exercise self-control, maintain their sense of self – and their sanity. Despite the presence of more senior ranks, he recalled that ‘Within a couple of days it was established that I was the senior officer. I was giving the orders. I said to them ‘We need to be a unit and get out of here’.” [6] 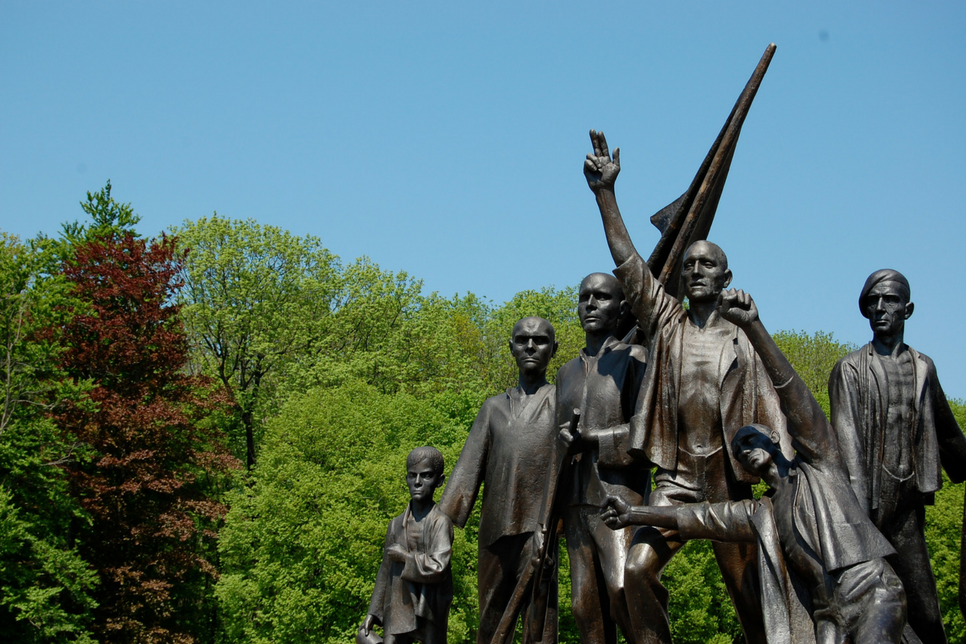 Located 1.5 kilometres away from the camp, the Buchenwald Memorial was constructed by the East German government in 1958. The sculpture “Revolt of the “Prisoners” (Revolte de Gefangenen) was designed by Fritz Cremer.

At Buchenwald, the group of airmen were under threat of execution. But through Lamason’s courage and leadership, and the resourcefulness of Wing Commander Yeo-Thomas (the “White Rabbit”) and Special Operations Executive agent Christopher Burney, the airmen’s lives were saved. They were eventually recovered by the Luftwaffe ahead of their scheduled execution and sent to a legitimate prisoner of war camp, Stalag Luft III, where they survived the war.

While incarcerated, Phil Lamason became famous for twice refusing to surrender to a Nazi firing squad commander, and like the liberated resistance fighters depicted in the Buchenwald Memorial, Phil Lamason would not step back.

This book is available for purchase in-store and online at our Museum Shop or online at www.phillamason.com