On Sunday 10 June, the Air Force Museum of New Zealand attended an air show overseas for the very first time as exhibitors, as part of the RAF Centenary Air Show at RAF Cosford in England. We travelled all the way to the other side of the world courtesy of our friends at No. 40 Squadron RNZAF, who were also part of the air show. Crated up and accompanying the team across the waters were our 50 figures from our new Kiwis and the RAF exhibition.

Arriving at Cosford on 9 June, we found our 50 figures waiting for us on our site in the Vintage Village, surrounded by classic military aircraft. Our RAF friends and hosts were great and nothing was too much trouble; they provided us with a tent, water and shelter from the sun. Beside us was a Battle of Britain static display, including  a Hurricane and Spitfire, with some convincing re-enactors in uniform, waiting to ‘scramble’. Naturally, we set up our 1940 and Battle of Britain figures of ‘Cobber’ Kain, Sir Keith Park and Al Deere to complement them. 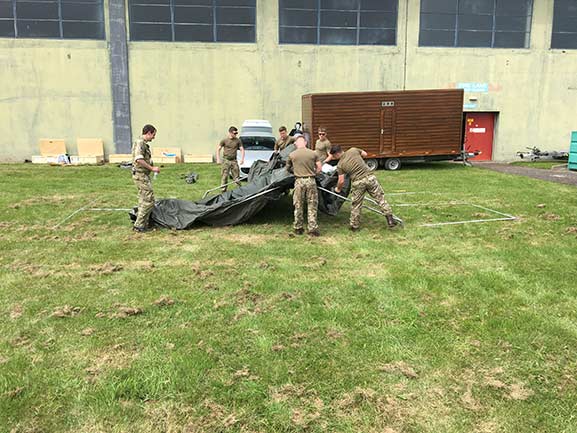 Our RAF hosts from Cosford helped us put up a shady tent. 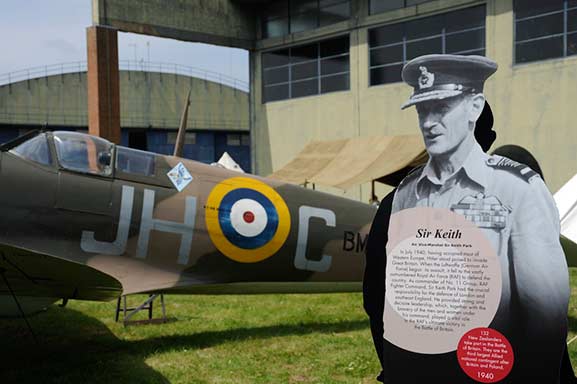 Sir Keith Park next to the Battle of Britain static display.

The show was huge, with a crowd of 60,000 and stands and static aircraft displays everywhere. A steady stream of visitors made their way to our site, including some welcome Kiwis who came to see us to chat and look at our exhibition. An amazing selection of flying displays were on show as well, ranging from World War One aircraft to the contemporary RAF Typhoon and, of course the Battle of Britain Memorial Flight favourites of the Spitfire, Hurricane, Lancaster and Dakota. As always, the superstar RAF Red Arrows aerobatic team wowed the crowd with their display. The highlight for us Kiwis was of course to see our own mode of transport to England, the No. 40 Squadron Boeing B757, do a stunning routine, showing the crowd how elegant, agile and powerful the aircraft is. 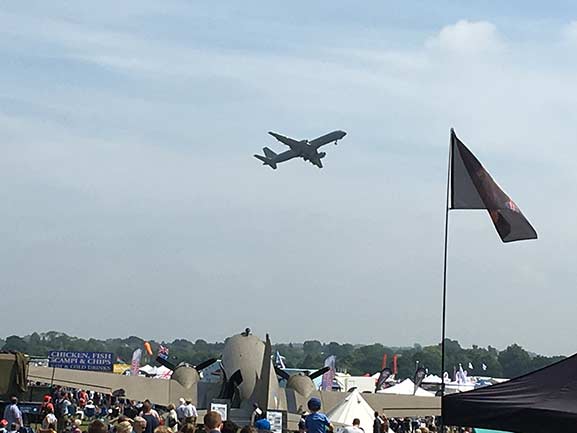 Our Boeing B757 of No. 40 Squadron wowing the crowds over Cosford. 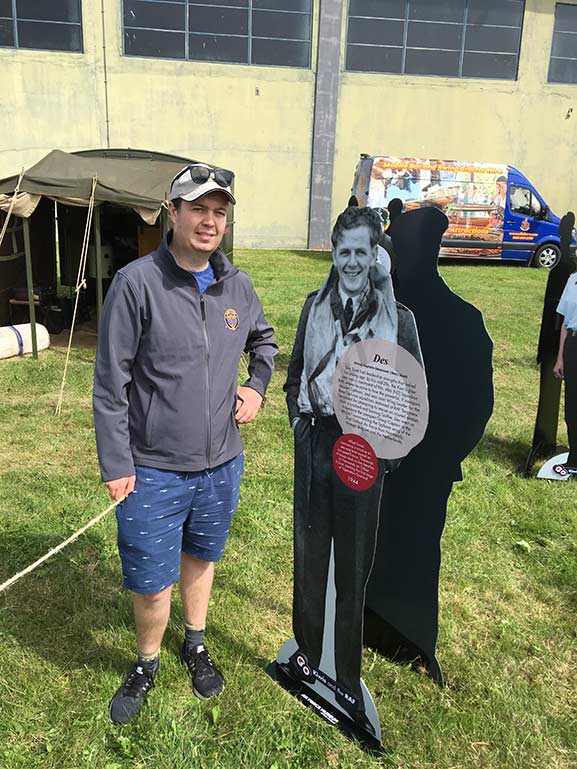 We had several Kiwi visitors, including Alex McCaw, grandson of the great World War Two fighter pilot Jim McCaw of No 486 (NZ) Squadron and cousin of former All Black captain, Richie. Here he is meeting the legendary Des Scott, at one time commander of the squadron.

New Zealand, the Royal New Zealand Air Force and the Air Force Museum of New Zealand played an important part in the RAF Centenary Air Show to mark such an important milestone for our friends, the Royal Air Force. We certainly enjoyed being there and our exhibition and presence was appreciated by both our RAF hosts and the visitors to the show. We travelled a long way but it was certainly worth it!