Home / Stories of service and sacrifice 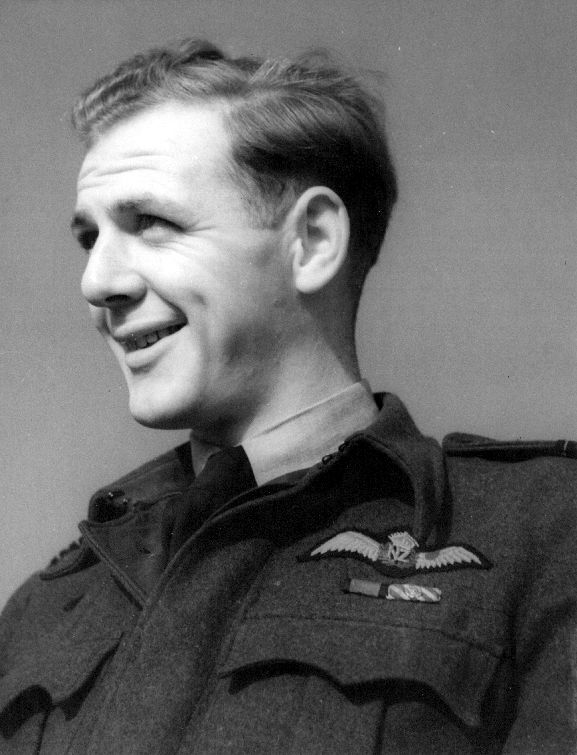 In January 1944, at RAF Hawkinge, Wing Commander Des Scott successfully pulled an unconscious and badly injured pilot from a burning Spitfire, despite several explosions and sustaining light burns in the process. Although the pilot died of his injuries, Des received the OBE for his ‘great gallantry and complete disregard for his own safety’. Reflecting on such tragedies and his own long combat service, he later wrote,

‘The passing years have in no way erased the magnitude of each brief encounter, for death is a very personal thing for those who flew face to face with it.’

Born in Ashburton in 1918, Des Scott joined the RNZAF in March 1940 and trained as a pilot, embarking for the UK in August 1940 and becoming a highly successful fighter pilot in the RAF during 1941-2. By the autumn of 1942, he had reached the rank of Squadron Leader and spent some time as a Staff Officer at Fighter Command. Des returned to operational flying on Hawker Typhoons flying ground attack missions and took command of No. 486 (NZ) Squadron in April 1943. In September 1943 he commanded the Tangmere Typhoon Wing and by March 1944 commanded 123 Wing, taking them to France and across Occupied Europe until VE Day in May 1945. He also became the youngest Group Captain in the RNZAF, when he was promoted to the rank in July 1944.

Des became one of the most highly decorated RNZAF fighter aces of the war, destroying 6½ aircraft with 4 probables and five also damaged. Besides his British postnominals, he also received the Croix de guerre avec palme (Belgium and France) and Commander of the Order of Orange Nassau. After the war, Des recorded his wartime experiences vividly in the books Typhoon Pilot and One More Hour published in 1982 and 1989 respectively. He died in Christchurch in 1997. 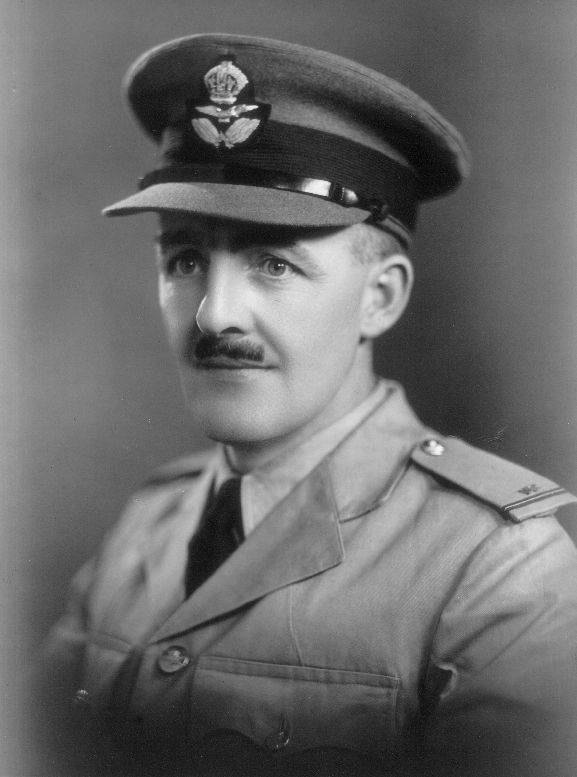 “A bad dream has finally ended and now I can start to live again and carry on wherever we left off such a long time ago.”

These were the words written by Flying Officer Cyril Ironside to his wife Rena in September 1945, after his liberation from a Japanese prisoner of war camp. For three and a half years, he had endured a brutal captivity and was fortunate to survive.

Cyril was born in Dunedin in 1906 and attended Otago Boys’ High School. At the outbreak of war in 1939, he was the representative of academic publisher, the International University Society in New Zealand. In 1940 he was transferred to Sydney and decided to sign up for the Royal Air Force Volunteer Reserve as an officer. He was then posted to Singapore prior to the outbreak of war with Japan.

The beginning of the Japanese attacks on 8 December 1941 saw him at the airfield at Alor Star, in Northern Malaya where most of his belongings were destroyed by bombing. He then assisted in the hasty evacuation of RAF airfields in advance of the rapid Japanese advance down the Malayan peninsula.

By Christmas 1941 he was in command of the Motor Transport Pool at Bukit Timah, on Singapore island. On 11 February 1942 he evacuated on the liner SS Empire Star with his men and vehicles. The ship was one of the last to leave the doomed city of Singapore and was harried by Japanese air attacks all the way to Batavia on the island of Java in the Dutch East Indies (now Indonesia). Cyril wrote sadly of his departure from Singapore:

“We were no heroes and as we returned the waved farewells on the nearby island gun-emplacements one could not help feeling that we were leaving them in their hour of need – should we have disobeyed orders this once and stayed with them?”

The ship arrived at Batavia on 15 February 1942, the day Singapore fell. He spent the next two weeks  , preparing for its defence, before it too fell to the Japanese. On 8 March 1942, he and 50 other RAF personnel surrendered and were taken to a makeshift camp to join many others at Tasik Malaja airfield. What many of the prisoners did not realise was that the Japanese had no interest in the Geneva Convention or any rules of war regarding prisoners. To be captured alive by the enemy was considered a dishonour and so the prisoners would be treated accordingly, without rights or welfare provided.

Cyril clearly kept a record (now lost) and published his experiences in an article in February 1946, just a few months after his return to New Zealand. It condemned the now-defeated Japanese and outlined his experiences. During his time as a prisoner, he endured terrible treatment and witnessed a great deal of suffering. Shortly after his capture, two officers and non-commissioned officers were shot for trying to escape. He was then moved to Borneo, where many prisoners died of disease and then on to Surabaya in eastern Java. Here, dysentery killed many more as the prisoners demolished old buildings to build new ones for the Japanese. Cyril wrote of the indifference of the Japanese Commandant to the suffering of the prisoners when approached:

“The prisoners were pigs and must live like pigs”.

After a period at a ‘rest-camp’ to prepare the starving men for more work, Cyril ended up at Haruku Camp on a coral island of the same name west of Papua New Guinea. This notorious camp had several Japanese and Korean guards who terrorised the prisoners with beatings. Disease also tore through the camp and the hard coral surface tore through the shoeless feet of the prisoners.

At the end of 1944, after periods at several other camps, Cyril was commanded a group of prisoners bound by ship for Surabaya on Java once more. Told by the Japanese that the ship would not stop for any prisoner who fell overboard, one critically sick man did. He was recovered and beaten. Cyril was punished with the sick man for ‘not obeying my orders’. He later wrote:

“I was called onto the bridge, and when I arrived the Japs were discussing trailing me behind the ship on a piece of rope. I was given a good thrashing instead, the results of which I am still suffering. I was beaten about the head by a rope….and I am pretty deaf in one ear”.

January 1945 saw Cyril back in Singapore, working on the docks, where he remained until the Japanese capitulation there on 12 September 1945 and his own liberation. His wife Rena was informed he was safe and suffering from nothing worse than malnutrition.

Like many prisoners of the Japanese however, Cyril had endured an horrendous experience both physically and mentally and some of the worst cruelty known in the history of war. His was a heroism of endurance. Despite his optimism for the future, Cyril’s life was to be shortened by his captivity. Settling in Gore, he suffered from recurrences of his head injuries. In 1961, at the age of 55, he died following a brain haemorrhage, almost certainly the result of the beatings he had received to his head.

We will remember them.

Image from the collection of the Air Force Museum of New Zealand.