In 1959 an RNZAF Sunderland was damaged and eventually abandoned on the remote Chatham Islands east of New Zealand. In this blog, we explore the story of that incident, using recently-digitised historic photographs from our archives.

The RNZAF’s Maritime Operational Conversion Unit (MOCU) was based at Hobsonville in Auckland from 1955-1965, and operated Short Sunderland flying boats to train air crews for flying with No. 5 Squadron in Fiji. MOCU frequently flew around New Zealand on training flights, and from December 1958, one regular run was carrying mail, passengers and freight to the Chatham Islands, via Evans Bay in Wellington. 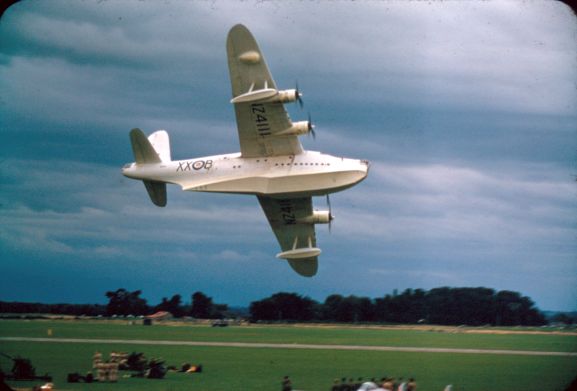 Sunderland NZ4111, from the Maritime Operational Conversion Unit, making a low pass during the open day flying display, for the 21st Anniversary of the RNZAF, at RNZAF Station Ohakea.

On 4 November 1959, Sunderland NZ4111, with three civilian passengers on board, was taxiing in Te Whanga Lagoon in the Chathams to prepare for the return flight to Evans Bay when it struck an uncharted rock. As the aircraft immediately began to take on water, the pilot, Flight Lieutenant Barney Dwyer, taxied it as close to shore as he could and radioed for help. The next day a second Sunderland was dispatched from New Zealand with ground crew on board, to collect the stranded crew and assess the damage. 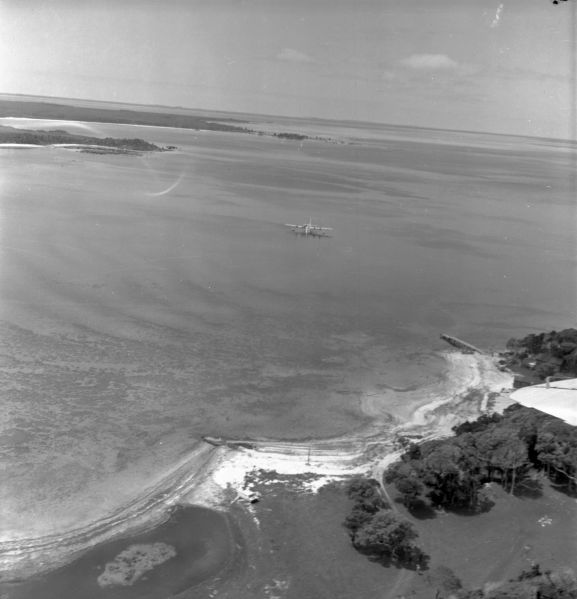 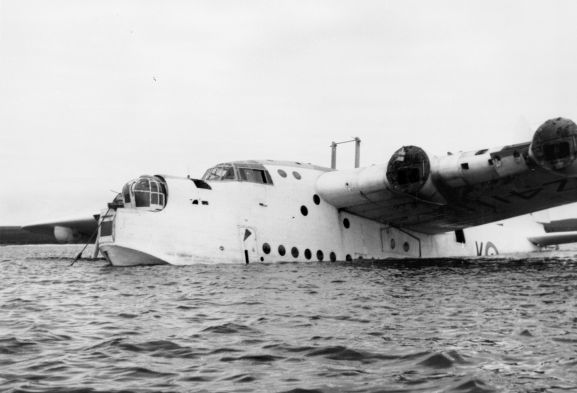 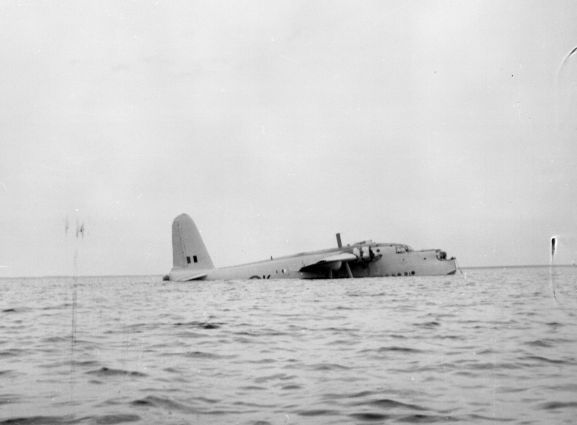 An underwater survey of the hull was carried out and it was decided to salvage the engines, radio and radar equipment, and fuel. The salvage was carried out in early 1960 and as the RNZAF News reported, “persistent high winds and low temperatures made conditions for the working party extremely uncomfortable.” 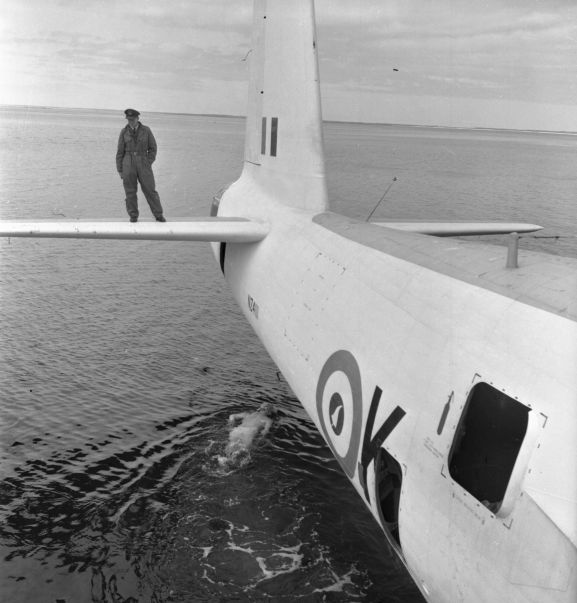 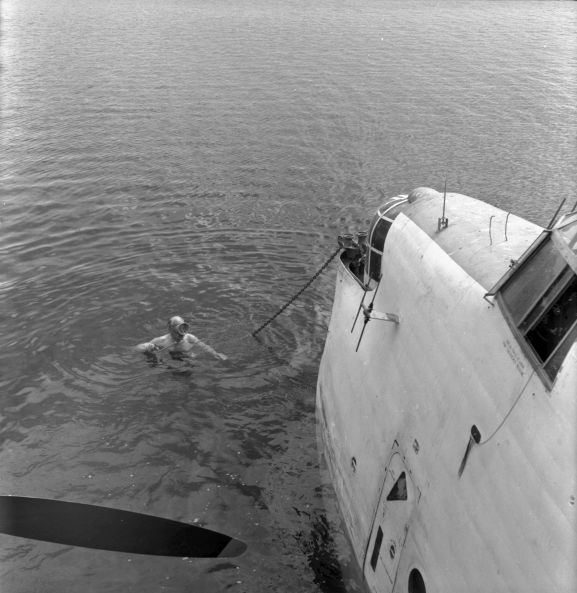 The subsequent court of enquiry found that while the aircraft “was operating in an area which is promulgated by the Civil Aviation Administration as an approved operating area for military seaplanes,” there was some question about the position and accuracy of marker buoys. The Court found that the accident “was either caused by NZ4111 striking an obstacle in an area promulgated as being clear of obstruction” or that it “struck a known obstacle through the marker buoys being incorrectly positioned.” 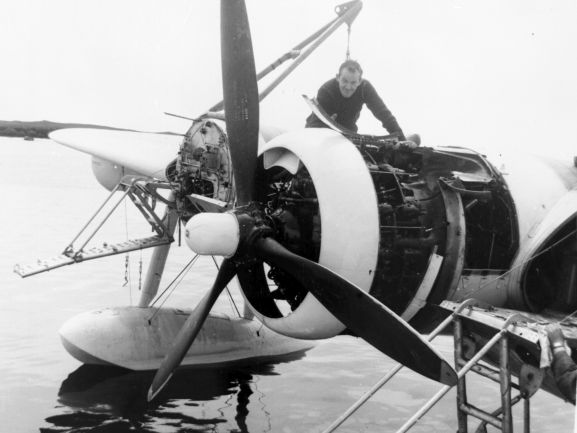 Removing an engine from Sunderland NZ4111. 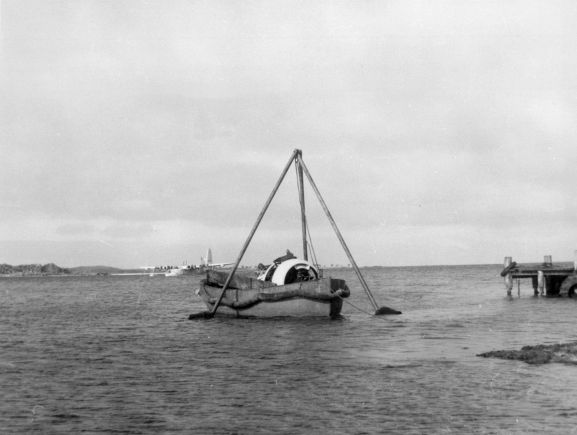 One of the engines from NZ4111 being floated ashore. 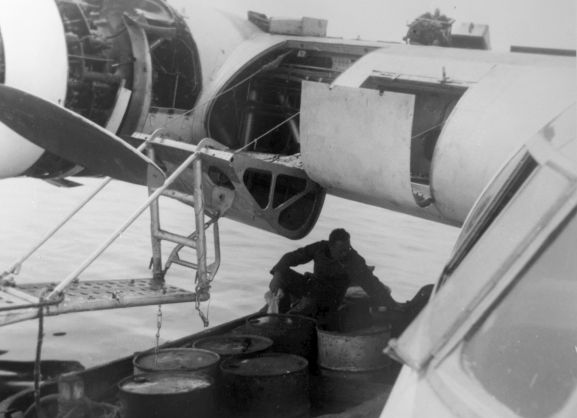 Draining fuel out of the engines. 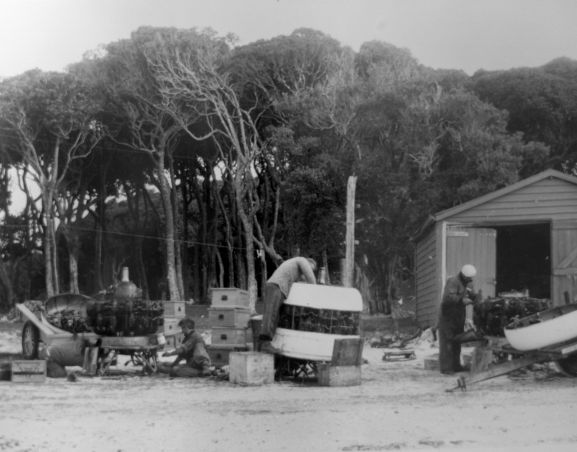 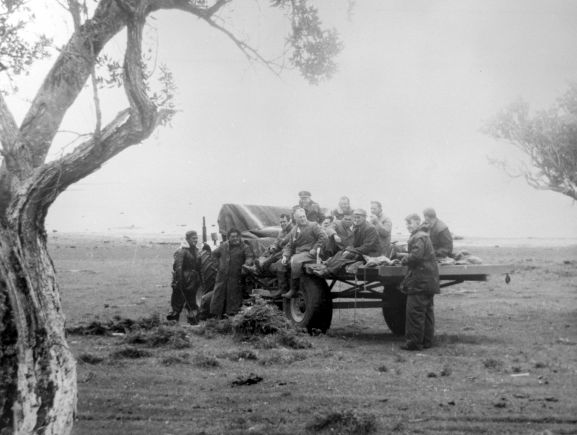 Members of the salvage crew, waiting to drive out.

Ironically, this wasn’t the first incident of this type for this aircraft. In August 1955, in Nukunono Lagoon, Tokelau, NZ4111 struck a submerged coral reef. On that occasion, the hole in its hull was repaired on site and it was flown back to Laucala Bay, Fiji. 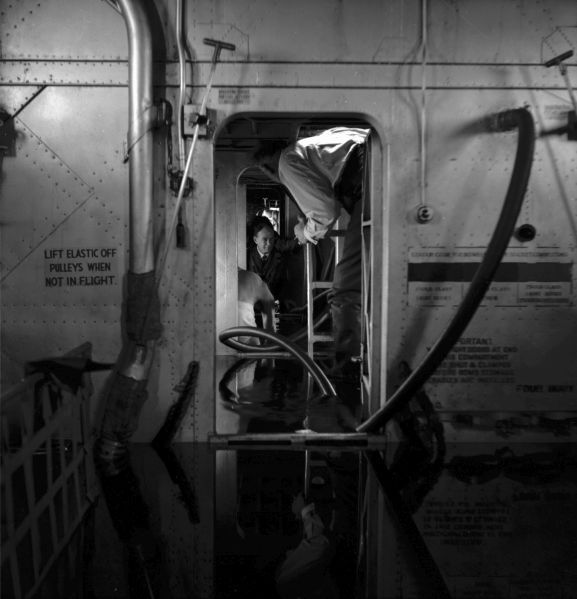 Inside view of Sunderland NZ4111, after foundering in Te Whanga lagoon, Chatham Islands.

In 1982 the RNZAF went to assess what survived of the aircraft and in late 1993 the Air Force Museum mounted an expedition to the Chatham Islands to recover some of the remaining parts that were left in 1960. They found that the locals had re-purposed much of the aircraft on farms in the area. Two sheds were found to be made from a section of the fuselage, flaps and the skin from one main wing. Numerous other items were found in sheds, in fuselage sections, around a house and amongst overgrown gorse. 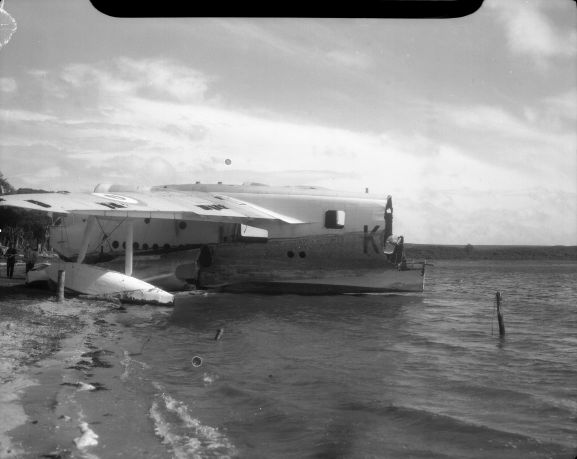 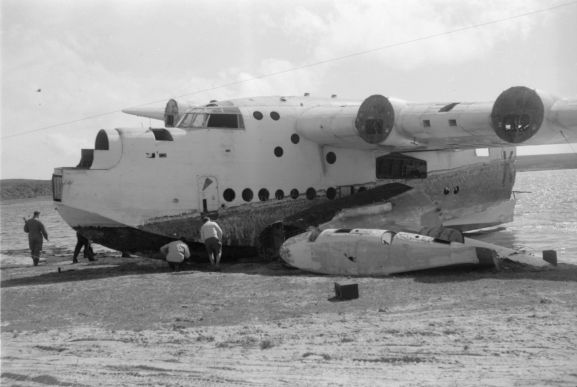 With a temporary exhibition in mind, the two main floats, the Flight Engineer’s station, engine cowls, and front turret, among many other parts, were recovered and displayed at the Museum in 1995. Over the years parts of this aircraft have been displayed in a variety of displays and exhibitions and they are now carefully stored in our large object store. 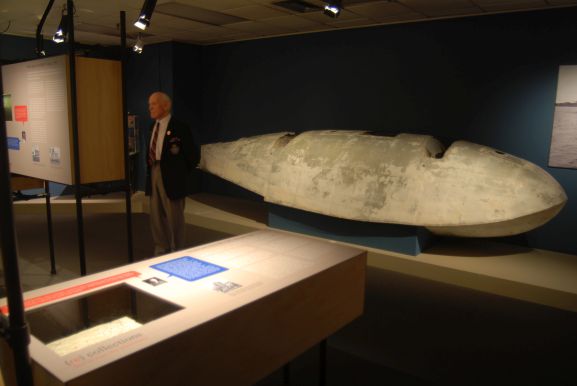 Now, a local group on the Chatham Islands have gathered what’s left and are building a small museum at Kaingaroa, based around the mostly re-assembled fuselage. One of the propellers is also mounted outside the Waitangi post office.

Due to chemical deterioration of the original negatives, many of the photographs shown have recently been digitised as part of the Air Force Museum’s on-going digitisation of the RNZAF Negative collection.

Our Reading Room and Archive are open to the public by appointment.

Please contact the Research Team at research@airforcemuseum.co.nz to book your visit.