This blog is based on a paper presented at the National Digital Forum on 20 November 2019 at Te Papa, Wellington. 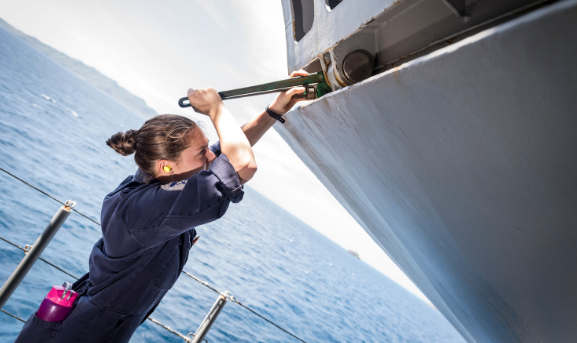 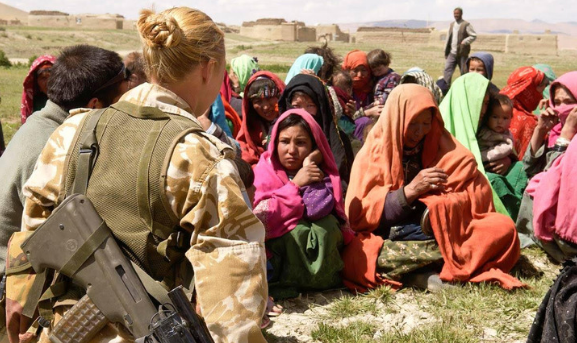 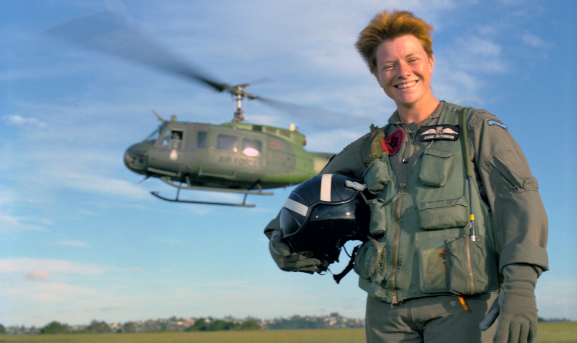 This was an historic moment for the NZDF and for New Zealand. However, some restrictions remained in place until 2007 that effectively kept women from some trades and training opportunities.

Introduced in 2006 and passed in 2007, the Human Rights (Women in Armed Forces) Amendment Act removed all restrictions in relation to which corps or units women could serve in and meant that women could now service in combat roles in all services. This made Aotearoa one of the first few countries in the world to allow women to officially serve in combat roles, formalising an earlier Defence Force decision made in 2000.

It is these significant, subsequent changes since gender integration, and their impact on servicewomen over the last 40 years that the Wāhine Toa: Women in Defence exhibition highlights. You can visit the exhibition online here.

Military women, in their own words

In terms of the RNZAF, this exhibition was a chance to tell a different story, one that goes beyond the wartime contributions of the WAAFs and beyond July 1977. We wanted to hear from women at different levels and at various stages in their service careers. Together, they share their experiences as women in the New Zealand military, and their perspectives on diversity and inclusion today.

At the suggestion of our late Director, Thérèse Angelo (1962-2018) and with her support, our Museum joined forces with fellow service museums Torpedo Bay Navy Museum and the National Army Museum Te Mata Toa. So, we ended up pooling our skills and resources to work together on this exhibition – and in the process, overcame a number of obstacles that have prevented our collaboration in the past. 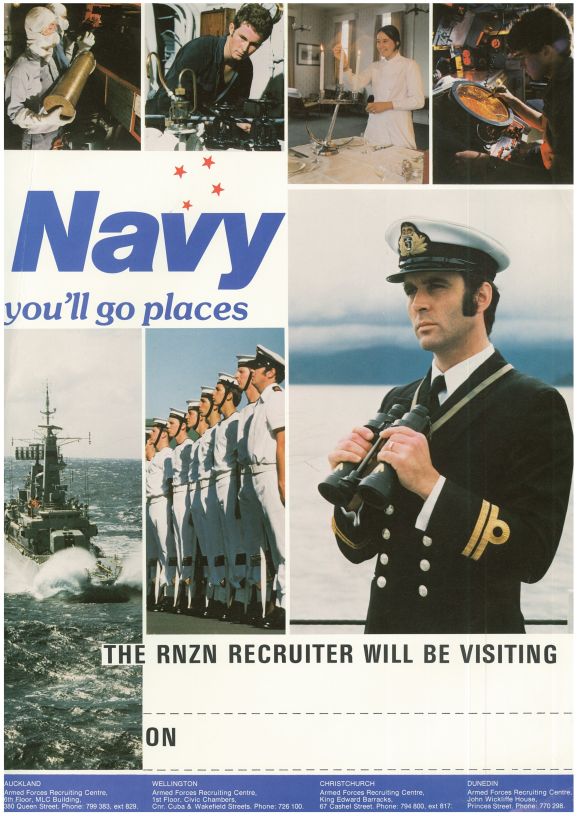 Posters were commonly used for recruiting and still are today. This Navy recruitment poster from the late 1970s includes a female steward setting the table in the Officers’ Mess. From the collection of Torpedo Bay Navy Museum. 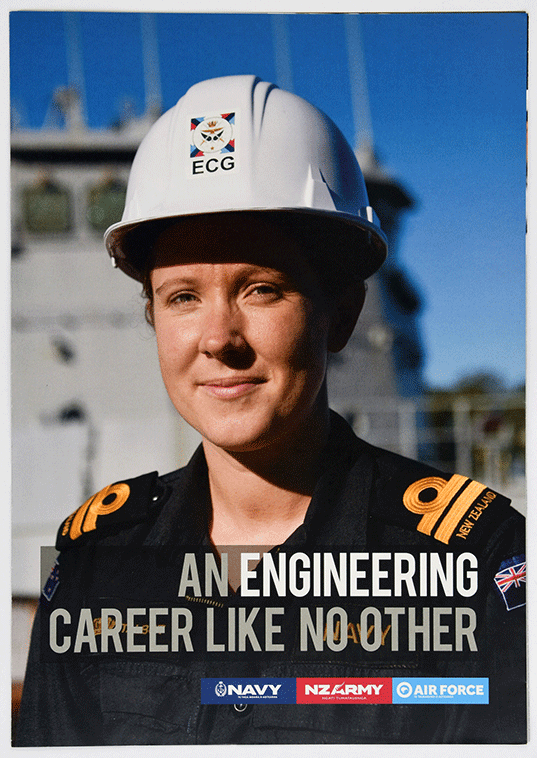 Fast forward to 2015, and this Tri-Service recruiting pamphlet features a female naval engineer on the cover. It describes the various kinds of military engineers, including the two different engineering roles in the Navy: Weapon Engineer Officer (WEO) and Marine Engineer Officer (MEO). From the collection of the Air Force Museum of New Zealand.

The women’s interviews were captured on video and audio, so it made sense to design an online exhibition that could showcase these engaging interviews to a wide audience. Designing the exhibition for a digital platform meant that the exhibition was made more accessible to visitors, especially those unable to physically visit the museums. Its digital nature also made it adaptable to physical display on a screen and easy to update – with no reprints of panels required! In the future, we could:

This flexibility and adaptably also means that the entire exhibition can travel anywhere, or parts of the exhibition can be used in conjunction with other exhibitions. For example, if you are designing an exhibition around diversity in the NZDF, you can use the interviews which explore those themes. There is also increased measurability – with the Air Force Museum website’s Google Analytics, we can clearly see how many people have visited the page and the average time spent on the page over a set period.

This pre-integration recruitment brochure was used to recruit women for the New Zealand Women’s Royal Army Corps (NZWRAC). From the collection of the National Army Museum Te Mata Toa. 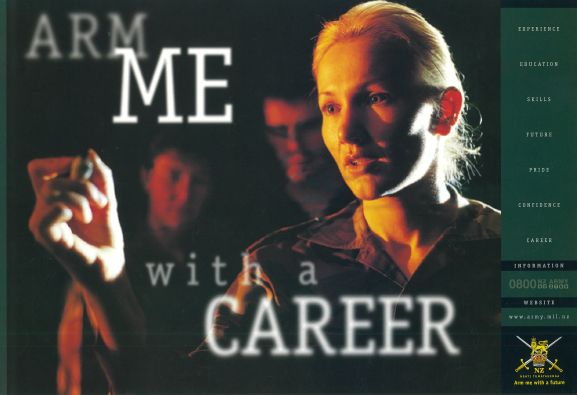 Image from the New Zealand Army 1995 “Arm Me with a Future” recruiting campaign which appeared in both print and on the television. From the collection of the National Army Museum Te Mata Toa.

Working across three museums located in three separate locations and with separate services was a challenge, especially with most of the project team working within the constraints of our IT environment, which had limited communication channels and didn’t allow us to file share. We soon realised we needed to identify technology and processes which would enable us to work collaboratively:

We also engaged with our NZDF community, with service personnel and Defence Public Affairs to find interviewees and arrange permissions, building our relationships with our respective military services, as well as increasing collegiality between the service museums. Engagement with Defence Recruiting turned in to an opportunity for contemporary collecting, adding a number of current recruitment materials to the Air Force Museum archive collection following the project. 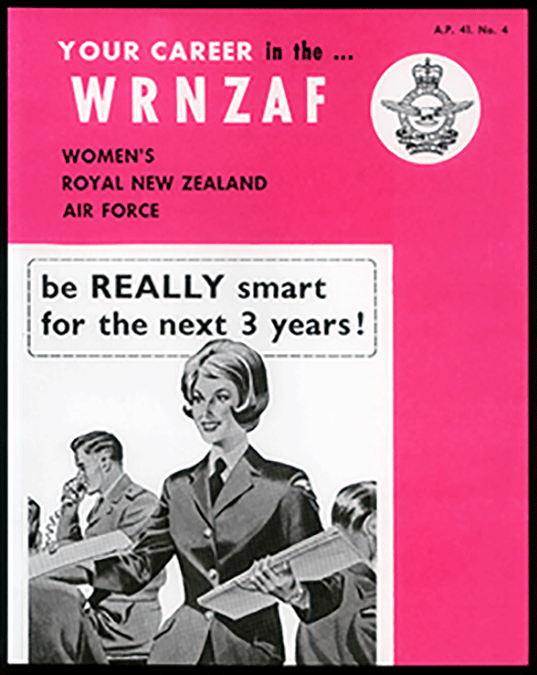 Prior to integration, women served in the Women’s Royal New Zealand Air Force (WRNZAF). The three years referred to in this 1963 recruiting pamphlet reflects the typical length of initial engagements in the WRNZAF. From the collection of the Air Force Museum of New Zealand. 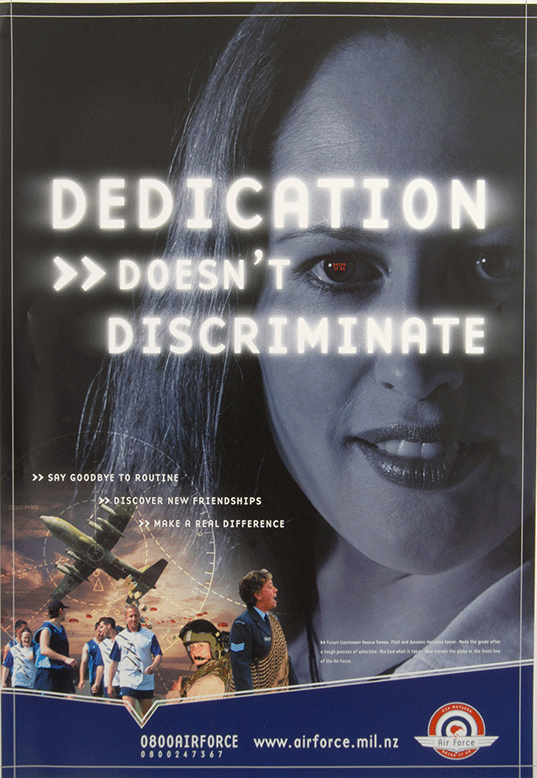 This A2-sized RNZAF poster from the 2000’s features Flight Lieutenant Angela Swann-Cronin (née Swann), who made history in 1997 as the first Māori woman (Ngāti Porou and Rongowhakaata) to qualify as a pilot with the RNZAF. From the collection of the Air Force Museum of New Zealand.

Our approach intended the videos act as interactive exhibition panels, like ones you would find in a physical exhibition in a museum. The colour purple was used to link with the Suffrage 125 anniversary, and also helps distinguish the online exhibition from the rest of the museum website. There are three hero images and an introductory text “overview panel” as you would find at the start of an exhibition. Title banners cue visitors they are moving onto a new section of the exhibition, and quote boxes highlight key themes from the interviews.

Historical context is provided by historic recruitment material from the Navy, Army and Air Force Museum archives. It is displayed in the form of an interactive slideshow on the website, and a clear and simple timeline design, so the visitor can have a broader understanding of women in the three services since gender integration in 1977 and gender equity changes.

Wāhine Toa is hosted on the Air Force Museum of New Zealand’s website, as the website is hosted on WordPress, which is an easy-to-use drag and drop platform. The interviews were edited to maintain a natural storytelling style, omitting the interviewer’s questions and letting the subject speak. At the time, the Air Force Museum did not have the editing software Adobe Premiere Pro, but thankfully we were able to use the program for free at Tūranga, Christchurch Central Library. We then uploaded the final cut of the interviewees to the Navy Museum's Vimeo channel, an external video platform which doesn’t take up storage space in the website’s media library. 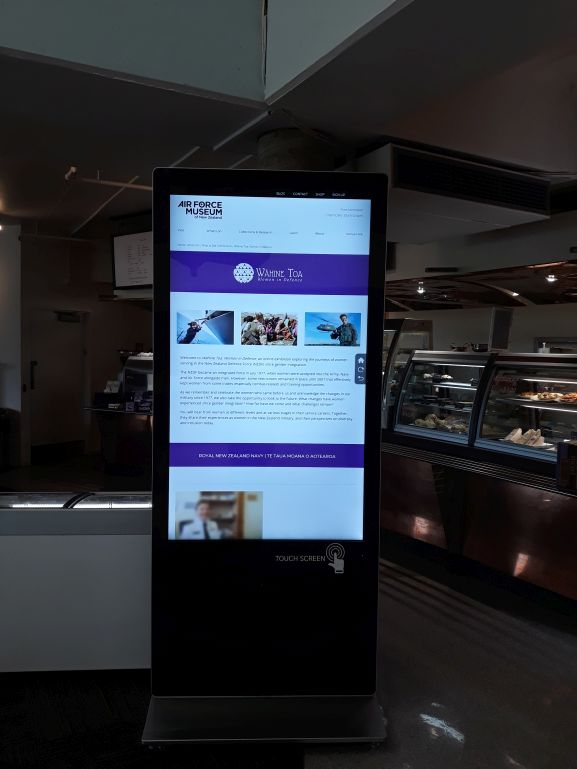 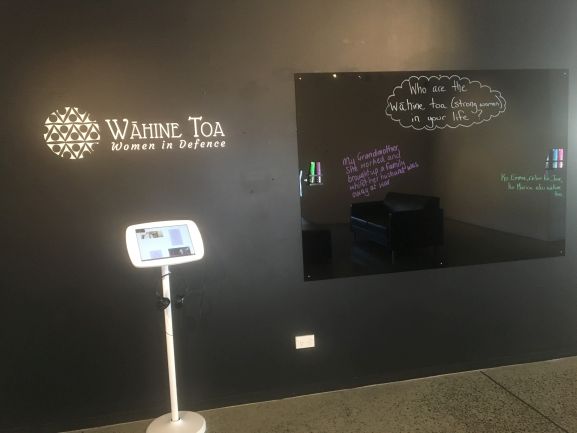 Interactive touch screen kiosk featuring the exhibition and a black board allowing visitors to write down who the strong and brave women are in their live at the Torpedo Bay Navy Museum.

The Wāhine Toa exhibition launched on 28 November 2018, 125 years since New Zealand women cast their first vote in an election. It was wonderful to see the exhibition adapted to a physical display at the Navy Museum and Army Museum at Waiouru, allowing visitors to engage with the exhibition onsite and in person. Creating this exhibition was a special experience, not only in working with our fellow service museums, but also in engaging with many amazing military women. Our task now is to secure the exhibition’s online and archival future, and we’ll continue to work towards this together.

The Wāhine Toa exhibition team gratefully acknowledge all service personnel, past and present, who contributed to this project. Special thanks go to Charis Boos (Torpedo Bay Navy Museum), Elizabeth Mildon (National Army Museum) for your hard mahi, and to graphic designer Bec McMaster.

We are proud to be part of the Suffrage 125 | Whakatū Wāhine national event programme. 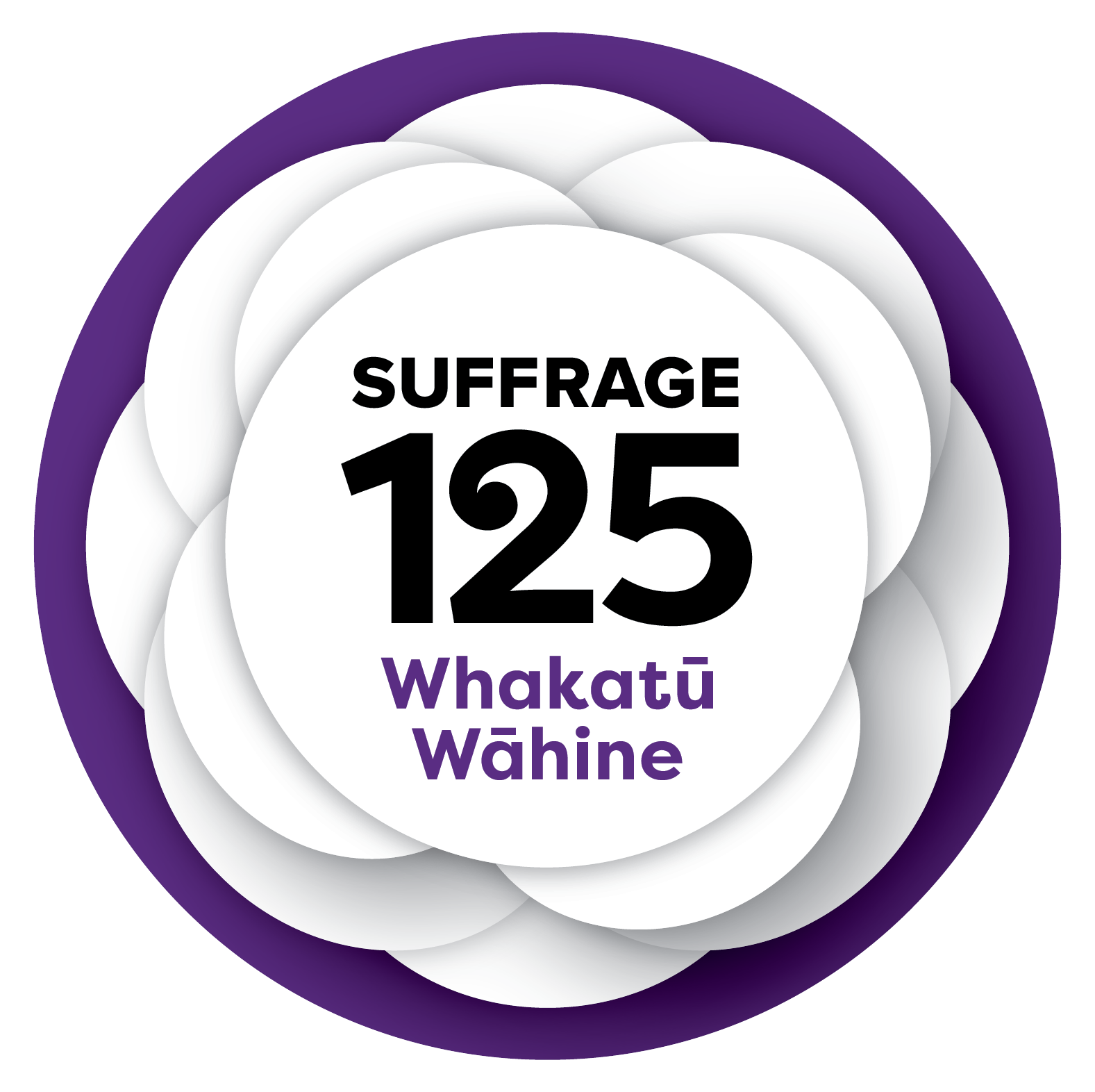