Home / What to Do / Balloon Busters Interactive 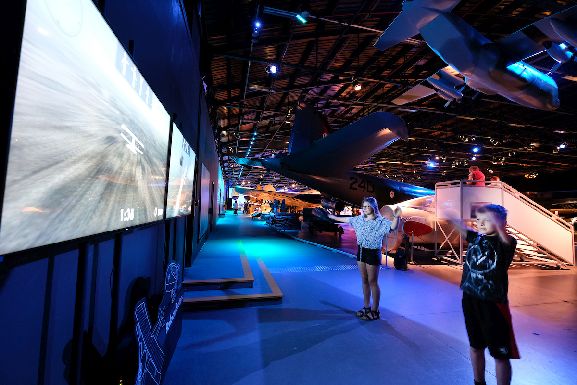 Step into the fly zone! This touch-free interactive game uses motion sensor technology to test your flying skills. Control your aircraft by moving your arms and see how many enemy balloons you can bust!

Location: On the left-hand side as you enter the Aircraft Hall.

During World War One (1914-1918), both sides used fixed kite balloons situated just behind the lines to watch enemy positions and troop movements. Special fighter missions were flown to shoot them down, using incendiary bullets and Le Prieur rockets. The unarmed observers in the basket had parachutes to escape when enemy aircraft approached. Heavily defended by anti-aircraft guns, machine guns and fighter aircraft, the danger for the attackers was also increased by the possibility of the highly flammable hydrogen-filled balloons exploding when fired upon at close range.

The Mission – A true story

It is the morning of the 26 June 1916 on the Western Front. As New Zealander Captain Rainsford Balcombe-Brown of No. 1 Squadron RFC, you have risen early. Yesterday, you bravely volunteered to accompany two British balloon busting pilots of your squadron on a mission to attack German observation balloons when another pilot fell ill. You are up early to practise flying your unfamiliar Nieuport 16 Scout A125. You have never flown this type before and you have never used the special Le Prieur rockets designed to destroy balloons either. Latta and Moore (your comrades) are already experienced, having destroyed a balloon each in a similar attack the day before.

It is essential to the success of the British Somme Offensive, beginning in a few days, that these balloons are neutralised as they will be able to spot British troops massing in the front line for the attack and target them with artillery. Balloons all along the front are being targeted this way. So vital are these attacks that Major-General Trenchard of the Royal Flying Corps is prepared to lose three aircraft for every balloon shot down.

The Nieuports are armed with eight Le Prieur rockets, four on each wing. They fire alternately, one from each wing using a button. It also has a Lewis gun mounted on the top wing using 97 rounds in each drum (four drums). It was found that conventional machine gun rounds rarely ignited the balloon, which was why rockets, and from around this period incendiary ammunition began to be used.

In the real attack, all three pilots destroyed a balloon with no loss. Balcombe-Browne was awarded the Military Cross for his bravery in the mission.

Observation balloons, used by both sides during World War One, were flown high above enemy targets. The observer in the balloon would relay vital information to those on the ground. Attacking the balloons was dangerous because they were heavily defended. 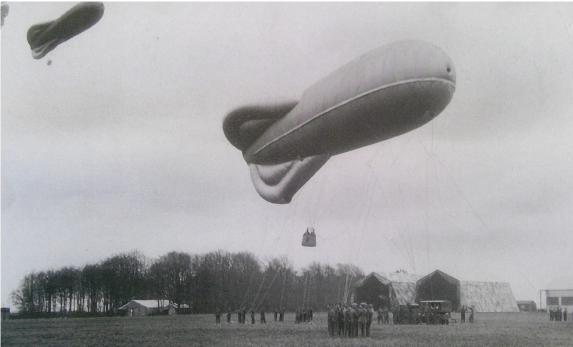 'Balloon Buster'
In June 1916, Kiwi pilot Rainsford Balcombe-Brown was serving with the British Royal Flying Corps when his squadron was sent to attack German observation balloons. He had volunteered for the mission even though he had no experience flying Nieuport Scout aircraft with Le Prieur rockets. Each of the three ‘balloon buster’ pilots on that mission shot down an enemy balloon. Balcombe-Brown was awarded the Military Cross. In October 1917, Balcombe-Brown, now a Major, was posted to France. On 2 May 1918, he was shot down over the Western Front while in combat with an enemy aircraft. He was the most senior New Zealand airman to lose his life in World War One. 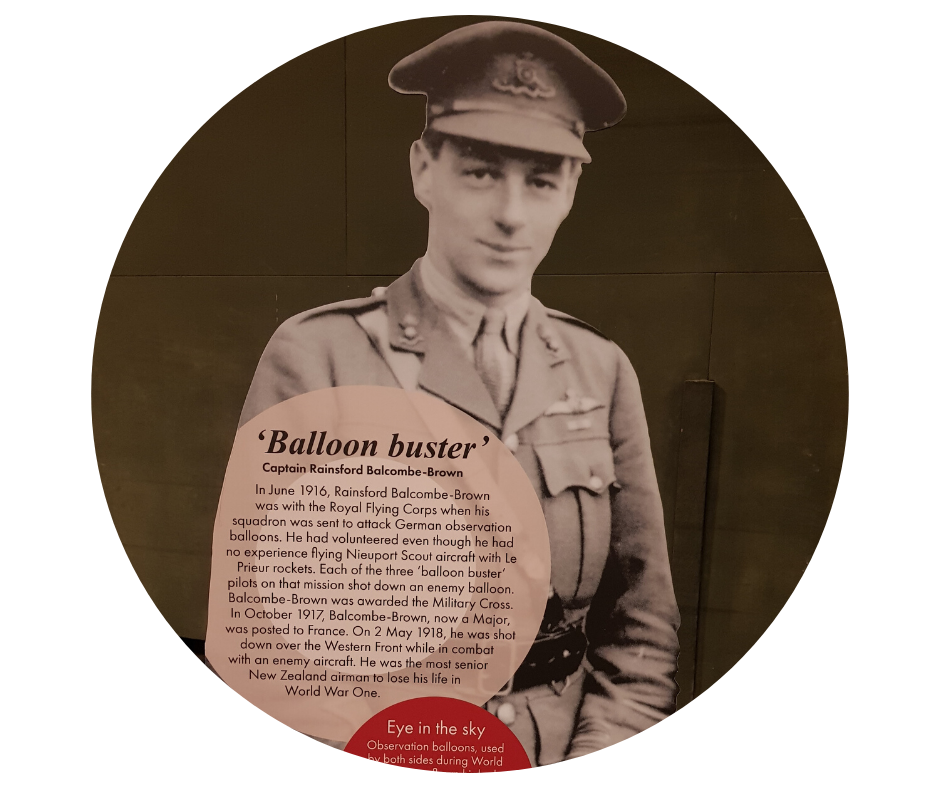 At the Air Force Museum, we can offer your child a unique and exciting birthday party to remember.

Find out more about opportunities for hands-on fun and learning during your visit.