110 of the figures are currently displayed in the Thérèse Angelo Wing until 24 July 2020. You can find some of the others throughout the Museum. 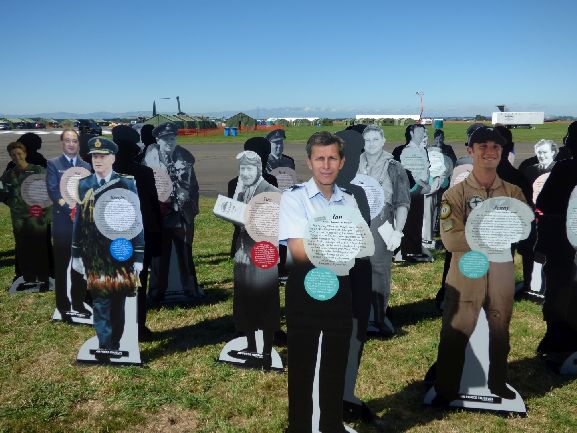 The life-sized cut-out figures that you may see around the Museum are part of an ongoing project to tell the human side of our Air Force’s history.

The ‘1,000 Stories’ project originated as the ’80 Years in 80 Stories’ exhibition that we launched for the RNZAF’s 80th anniversary in 2017. This exhibition featured 80 cut-out figures, each giving a personal insight into the different elements of our military aviation history. ‘80 Years in 80 Stories’ was a finalist in the Service IQ New Zealand Museum Awards in 2017, and its popularity led to it being expanded as an ongoing initiative. A secondary exhibition, ‘Kiwis in the RAF’, was sent to the UK in 2018 in support of the RAF’s centenary celebrations.

Today, our ‘1,000 Stories’ community continues to grow, and is representative of the thousands of men and women who have served with the RNZAF throughout its history. The figures are deliberately placed without hierarchy – you may find aircraftmen alongside air vice-marshals, pilots standing shoulder-to-shoulder with ground crew, and even a squadron mascot or two. All have contributed to making the RNZAF the richly diverse service it is today. 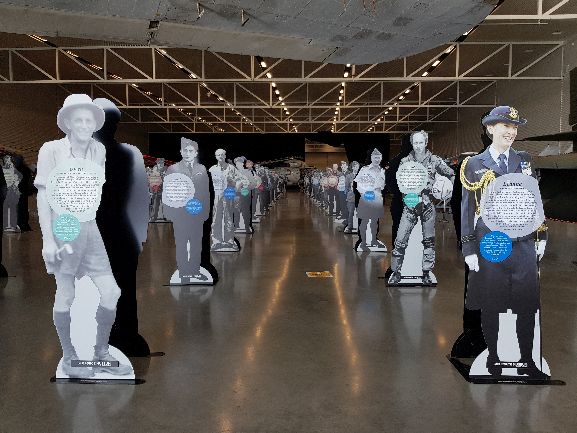 Do you have a story to tell?

We know that there are literally thousands of stories out there about the people who have served in our Air Force over the years. Help us capture and preserve them by sharing yours here. 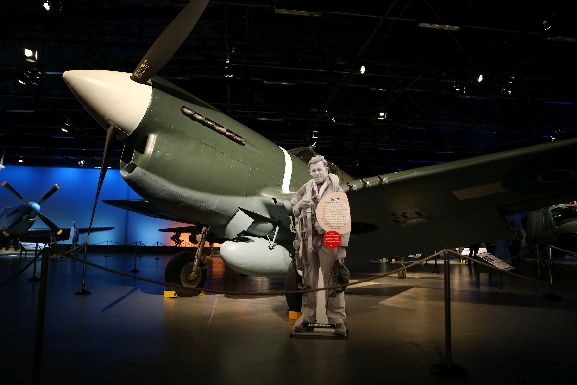 A memorial and record of all New Zealanders who have died while in service with the RNZAF or other air forces since 1915.