On display in the Caldwell Gallery, Level 1 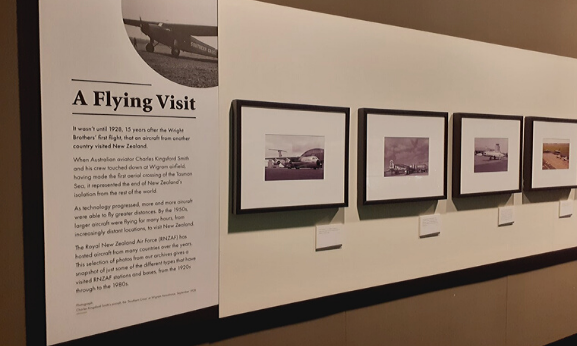 It wasn’t until 1928, 15 years after the Wright Brothers’ first flight, that an aircraft from another country visited New Zealand. When Australian aviator Charles Kingsford Smith and his crew touched down at Wigram airfield, having made the first aerial crossing of the Tasman Sea, it represented the end of New Zealand’s isolation from the rest of the world.

As technology progressed, more and more aircraft were able to fly greater distances. By the 1950s, larger aircraft were flying for many hours, from increasingly distant locations, to visit New Zealand.

The Royal New Zealand Air Force (RNZAF) has hosted aircraft from many countries over the years. This selection of photos from our archives gives a snapshot of just some of the different types that have visited RNZAF stations and bases, from the 1920s through to the 1980s.

On display in the Caldwell Gallery, Level 1.