Home / Events / What to Do / ANZAC Day Service

Unfortunately, due to the current situation with COVID-19 (novel coronavirus), this year's Anzac Day service will not be taking place.

For more information on how we are responding to the COVID-19 pandemic, including other Museum event and activity cancellations, please click here.

Thank you for your understanding during what is an unsettling time for all.

With the cancellation of Anzac Day services around New Zealand, we are inviting people to #StandAtDawn. More details will be shared soon. 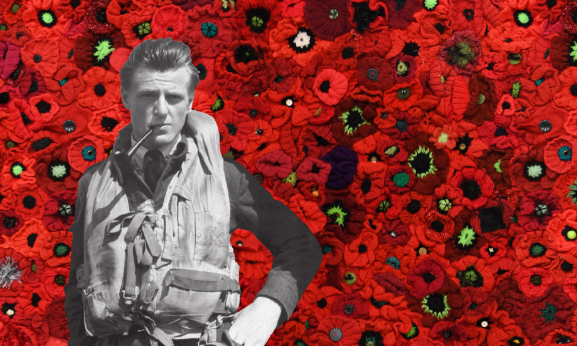 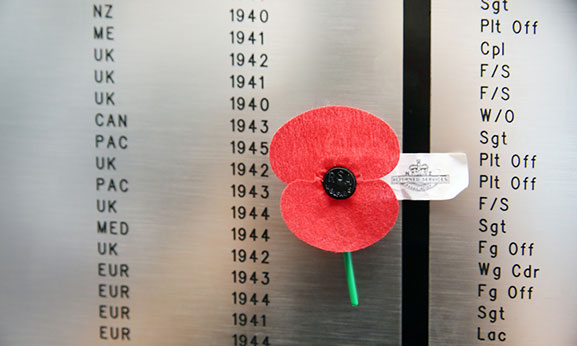 The Origins of Anzac Day

On 25 April 1915, Australians and New Zealanders landed together at Gallipoli at a place later called ANZAC Cove. This date has been adopted ever since as the national day of remembrance for war dead in both countries. This first observance of ANZAC Day in New Zealand took place in 1916. 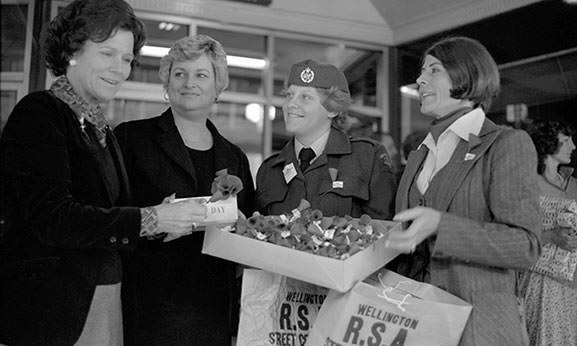 In the Spring of 1915, fields of red poppies bloomed in the churned-up ground of the Flanders battlefields in Belgium. This sight inspired Canadian officer John McCrae to write the famous poem,’ In Flanders Fields’ and resulted in the red poppy becoming an internationally recognised symbol of remembrance.

Beginning in America in 1920, poppies were made and sold to raise funds for veterans.

The New Zealand RSA sold over 260,000 poppies for veterans’ welfare in the first ever poppy day for ANZAC Day 1922. This tradition has continued to this day, with the poppy now representing the sacrifice made by New Zealanders in all conflicts since World War One.

Poppies for the Roll of Honour will also be available at our Welcome Desk.

Read more about anzac day over the decades
contact us

Find out more about the facilities available during your visit.