The P-40 Kittyhawk was the backbone of RNZAF fighter squadrons from 1942 to the middle of 1944 when they were replaced by Corsairs. 297 Kittyhawks equipped eight squadrons and two training units, Kittyhawks of various marks (E, K, M and N) were used to train fighter pilots at home in New Zealand and on operations in the South West Pacific during World War Two. By the end of the War, there were only 124 Kittyhawks remaining, 20 having been lost in combat, 76 in accidents overseas and another 76 in accidents in New Zealand. During their time at the front, RNZAF Kittyhawks accounted for 99 Japanese aircraft destroyed in air combat, with a further 14 probables.

This aircraft was built for the United States Army Air Forces (USAAF) in New York in 1941 as a Rolls-Royce Merlin-powered, short fuselage P-40F model. It served with the 44th Fighter Squadron in the South West Pacific and belly-landed on Erromango Island in the New Hebrides (now Vanuatu) on 23 December 1942 after running low on fuel. Abandoned where it lay, the aircraft was recovered in 1989 and shipped to Australia for restoration.

In 1996, 41-14205 was acquired by the Air Force Museum of New Zealand. As the RNZAF did not operate P-40Fs it was decided at that time to restore the aircraft as an Allison V-1710-powered P-40E. After 16 years and 22,319 hours of work by the Technical Team here at the Air Force Museum, the restoration was completed in May 2013. The aircraft has been painted to represent a generic RNZAF P-40 Kittyhawk in Pacific theatre colours, and has been given the display identity of ‘NZ3000’.

What’s happening at the Museum?

Find out about what is happening at the at the Air Force Museum before you visit. 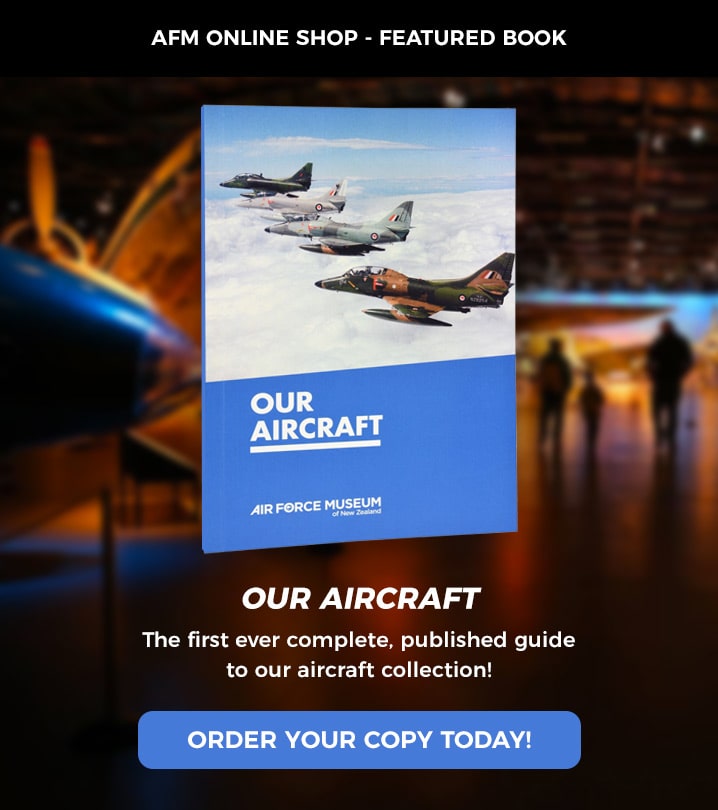