On display in the Caldwell Gallery 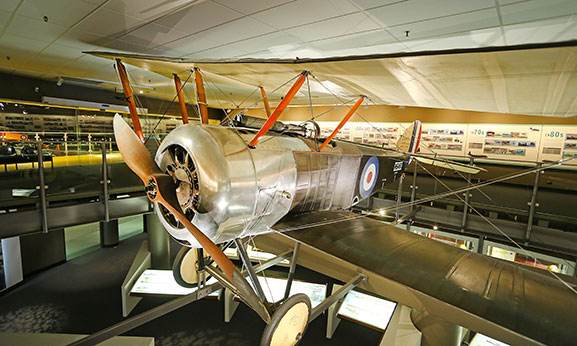 ‘N6460' was originally built by Skysport Engineering in the UK in 1986, but crashed on its first test flight in July that year. It was obtained by an Australian collector, Robert Greinert of Classic Aviation Services, Bankstown, but was not repaired. Several replacement components were made, however, including the undercarriage and engine cowl.

An agreement was reached with the Air Force Museum to swap this aircraft for a Republic P-47 Thunderbolt that was surplus to the Museum's requirements. The exchange was completed in early 1995 and the Pup restored to static display condition.

It is displayed as an aircraft flown by New Zealander Captain Harold F. Beamish DSC, with No. 3 Squadron Royal Naval Air Service during the First World War.