Congratulations to our winners below! You have been contacted via email about your double movie pass to 1917.

1917 remains intimately focused on two young British soldiers who are given a seemingly impossible mission. In a race against time, they must infiltrate carnage-strewn enemy territory to deliver a message that might stop a deadly attack on 1,600 soldiers – a brother among them.

If you’d like to be in to win one of the 10 double movie passes, simply answer the question below correctly and you will go in the draw. We’ll announce the winners on 17 December 2019 on our website, social media and through email.

A ground-breaking battlefield drama presented in real time and filmed as if it were one continuous shot, 1917 remains intimately focused on two young British soldiers who are given a seemingly impossible mission. In a race against time, they must infiltrate carnage-strewn enemy territory to deliver a message that might stop a deadly attack on 1,600 soldiers – a brother among them.

An immersive and unforgettable big screen experience, 1917 is the first cinematic masterpiece of the year.

“It was fundamentally an emotional choice. I wanted to travel every step with these men—to breathe every breath with them. It needed to be visceral and immersive. What they are asked to do is almost impossibly difficult. The way the movie is made is designed to bring you as close as possible to that experience.”

Our 'Win a helicopter flight with Richie McCaw' competition has now closed. Congratulations to our winner, Bekah Taylor of Belfast! 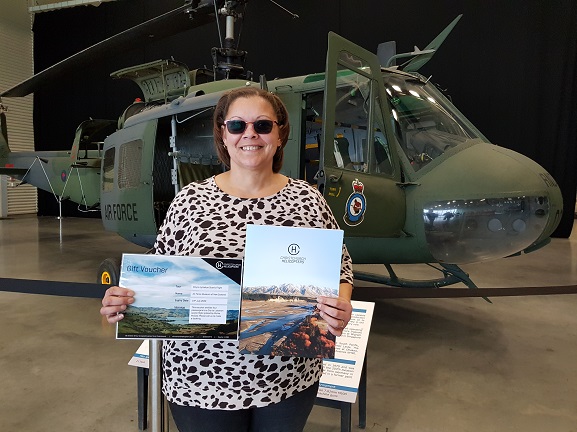 Our Helicopter Heroes 'Win a flight in a RNZAF A109 helicopter' competition has now closed.

Pictured here is the lucky winner, Henry Grubb of Avonhead (left), with his friend Oscar Tapp, of Ilam, ready to go for their flight! 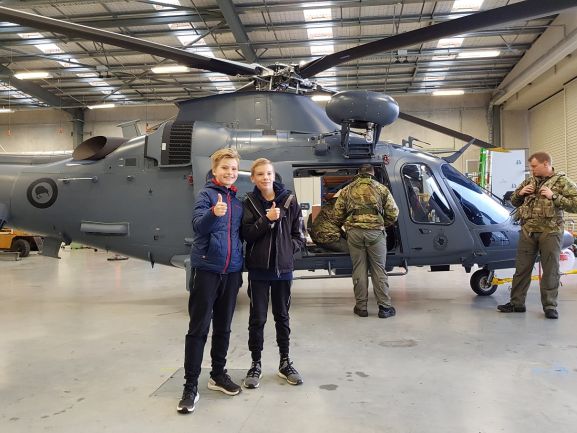 Behind the Scenes Tour

Take our special 45 minuted guided tour to learn more about the Museum’s work ‘behind the scenes’ and discover the aircraft, vehicles and engines in our Reserve Collection.

With regularly changing themes and challenges, our hunts are a fun way for families to explore the Museum together.

Embark on your next adventure during the school holidays!

Information about opening hours, admission, how to get here and parking.